Again, no pictures taken during flight.
I’ve updated the Mavic not so long ago, and now it doesn’t take pictures again.
Unfortunately I don’t have my old Xperia Z3 currently (running Android 6.x), but it definetely doesn’t work here.
I’ve tried different things, formatted SD card in the drone, made absolutely sure that DJI GO 4 was not running (by restarting the phone), it flyes the waypoints, rotates and everything as it should, but no pictures.

Hi Kenneth, sorry for this inconvenience. Looking into this with the team and will get back to you soon.

Ok, it’s upgraded, I’ll test it again as soon as the weather clears up

I got it tested today.
After 32 images, being 1/3 through the pattern, it stopped taking pictures, the small screen showing the image from the camera became white.
Upon aborting the mission, and removing the SD card, it had corrupted the SD card, so it needed formatting.

Gotcha, yes, I always recommend formatting the SD card before stating any flight - regardless of what you’re doing.

I tried again today, now it took all the pictures, but they were all unsharp.

Blurry images are usually down to camera or subject movement when the shot is taken. Try placing the camera on a table and take an image of a static object to see if its any better.

What class MicroSD card are you using? We recommend using a class 10 for best results. Not saying that would fix the issue, but its advisable nonetheless.

Hi Nipul
It looks like the dronedeploy doesn’t ask the drone to focus after taking off, it should be a step after the drone has reached it’s designated height, and the camera is pointing downwards.
I had it take of via DD, and then I pressed the custom button for ‘focus’. That made the camera turn level and focus. So I had to abort the flight, and start over, but the drone had fortunately remembered the focus, so later yesterday I got a successfull run through the very small map I had made.
The microsd card is a Verbatim Pro+ 64GB UHS3, so the speed is sufficient on it.

I have all these same issues. Missions completed with no images. Once the camera was focused on the horizon at the start. I have learned to fly manually, focus on the ground from flight altitude, and then engage drone deploy. Also, I shoot now in Raw format, the jpeg compression loses too much detail. Video at 4k too. 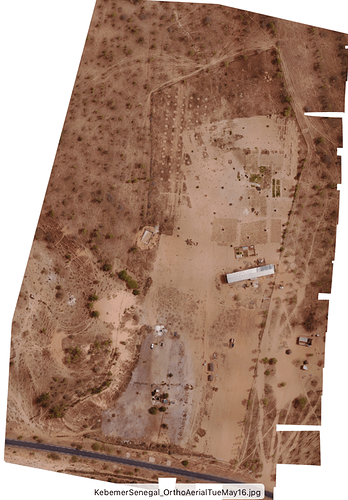 Hi Daniel, you can’t shoot RAW images in DroneDeploy. The speed that the sdk lets DD take raw files is significantly slower. The camera facing the horizon issue is currently being worked on and will be resolved soon.