I’m working in Saudi arabia on a mapping mission in the desert.

In the past 4 days, I crashed a phantom 4 and a brand new phantom 4 pro V2.0 flying the same area.

I was working with android device galaxy tab A7 (android 11) and dronedeploy.

I worked previously on this site earlier this year with DD with no problem even with the heat.

I checked the flight logs on dji flight viewer.

First crash : no alarm, the drone just dropped on the ground with 35% battery (brand new battery)

Second crash : the drone start dropping altitude and “GPS position mismatch” is appearing in the flight log. And the drone just dropped on the ground. (brand new battery, different from the first crash)

Both drone are destroyed…

Do you guys think it could be related to the heat? in that case wouldnt there be a “overheating” message in the flight log? For my previous job there I used to cool down the drone in the car before every flight but this time I couldn’t do it.

Could this be a gps related issue? Interferences in this specific area of the site? It’s complete desert.

Apparently both drones suffered a rear side motor/prop failure…strange coincidence.

I can provide the logs

Thank you guys for your help!

I have no ideas but will say that there is an aircraft thermal warning. Did it just fall straight down or did it do a concentric death spiral?

death spiral to the ground both times.

That sounds like a prop, motor or the ESC to me. Are you able to get any logs off?

I added Farai with DroneDeploy support but I will try to take a look at this in the morning.

So this is the first thing I see from the March 23rd flight. None of it is good.

I wasn’t there so only speculation but it appears that the drone flew fine for 3 minutes, lost the data link as it got further away, was very low on battery up to the last turn and 40s later got sideways to the point that it couldn’t recover. I think this might be reporting the death spiral and not an actual strike but that was 40 seconds after the battery was already at 30% and HOT. I am a little leary on flying when it’s above 90-95F. The batteries should never get above 125F and yours were at 143.5F.

Here’s the log for the 25th. A lot of the same but I also notice in this one that GPS dropped and the compass went crazy but I am pretty sure that is post malfunction.

So i’m probably gonna change the topics name to 3 crashes in a week. 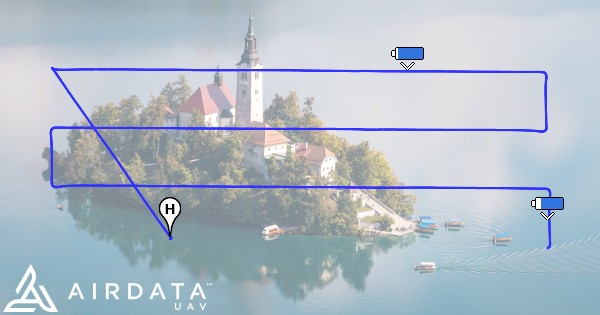 This one I really don’t understand. Battery was 80% not warm. Flight lasted 4 minutes then I lost RC signal and the drone just fell from the sky…

Could this be related to heat or is there something else there i don’t see?

earlier that day I remarked some weird behaviors from this drone. It switched to Opti mode during a flight so I had to land it manually. It wasnt taking pictures correctly. Backward sensors calibration required and so on. I tried to calibrate it but it wouldnt work.

Thanks a lot guys!

Is this the same drone? DroneDeploy passes through the specific thermal warning so unless it wasn’t working I would assume that would have popped up during your flight. The temperature is I saw are pretty high up there so he could definitely have something to do with it but this is just weird and hard to diagnose without seeing it.

Hi @dukytony taking a look now. I will revert back here with updates.

We had to buy a secondhand P4P in order to try completing our job. It didnt last long…

A few months back I worked on the same site with higher heat and had no problem whatsoever with the first crashed drone.

The only things changed since then are the android version, an additional battery hub (not dji) and new batteries.

Thanks for your help

Any clues on any crashes?