Would the Mavic Pro 2 be better than the Phantom 4 pro?

The DJI Mavic Pro 2 is supposed to have as good of a camera if not better than the DJI Phantom 4 pro, it will have the same or more flight time, is more compact, is less expensive and the batteries are half the price.

What exactly is special about the P4P?

While we’re not authorized to share opinions on behalf of the company, I can say that the P4P is the most commonly used drone amongst our customers and the one we test on the most often.

If they fixed the GPS geotagging rounding off issue it would be very comparable, but since the P4P is the majority it is obviously going to get better support.

Lastly you have no idea what the battery price will be so you can’t compare there yet.

The only thing that seems fairly sure is that the flight time will be longer. The downside is that a whole new platform with a whole new camera is likely to have problems and bugs for a significant amount of time once the first run is released.

Nothing else really matters if the latitudes and longitudes are not reported accurately enough.

Isn’t it off anyway? Does it necessarily matter that much? especially if using GCPs?

I know that theavic Pro is cheaper than the P4P, the 2nd version if anything should just push the Mavic Pro down, maybe not the P4P.

The battery price on the Mavic Pro is $90 or so, half that of the P4P, the new one should be around the same price if I had to guess.

I just don’t want to get stuck with a P4P only to realize a month later that the Mavic Pro 2 could be better, or at least the same, and for less money and a way smaller package …

I suppose I’m going to wait it out for another month or so and see the exact specs and price.

I’m not sure I understand “off anyway?” Sure the coordinates aren’t perfect, hence why we use GCP’s, but the current Mavic geotags are rounded to the nearest second which is huge over a couple hundred feet. Even with GCP’s it’s not going to be as absolutely accurate as the current P4P. Also and example of why RTK aircraft make better maps (still using GCP’s) than non-RTK solutions. It’s about the consistency of the GPS signal across the entire flight. Doesn’t the Mavic also have a narrower field-of-view?

I run these all day with no issues. 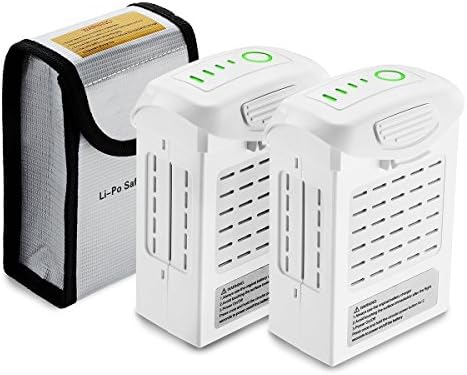 The Mavic 2 is completely designed to be a phantom killer. With the upgraded camera and longer flight time there will be absolutely no reason to purchase a phantom of current spec from this point moving forward. That is why I expect the price of the mavic 2 to be exactly what the current price of the Phantom 4 professional is. I’m not seeing it the exact measurements but I believe the body is larger meaning the battery will be larger, in high demand so probably more expensive than the current mavic batteries.

If you know that the Phantom 4 professional currently does the job that you need it to do there be no regrets in purchasing it to do that job. I use it for mapping a significant amount of time and have gotten very accurate results with it. if cost is a factor you can expect the base price to drop once the new equipment comes out.

The only problem when playing the what if the next drone game is that the next drone is always on the horizon with better specs. You will probably crash at least one in the course of your operation so it doesn’t hurt to have a spare as well.

Why would a company make a device to kill another one of its devices? P4Pv2? Then RTK? Different use cases my friend, especially since the platforms are already built for the phantom.

If I remember correctly DJI (other companies do it too) has released a product in the past for it to be one upped and replaced by a newer model not long after, making the investment worthless, or at least seem that way.

If I remember correctly the P4 came not long after the P3 and then the P4A and P4P not long after the P4. I’m starting to think that at this time, in my case in getting a new drone, that it’s probably better to wait and see rather than buy a P4P and then they possibly come out with a less expensive drone that is either on par or better. Flopping close to $2000 on something is a relatively big decision

Yes I agree there are upgrades and it’s just a fact of life now that tech is going to move faster than the majority of us can afford, but every reference you just made was phantom, phantom, phantom. There’s barely even a hard fact about the new Mavic yet and here we are talking about a Phantom killer. Mavic II and II Pro, Zoom, Enterprise? Who knows… I’ll report back after a Friday lunch with my own sources.

Because it’s DJI’s way to do business

It would be nice if there were a release date…

Also, i’m not sure how long it would take Drone Deploy and other software to make it compatible.

If I go with the Phantom I will probably get a refurbished P4P, save $300, then add a student discount and it is as expensive as the Mavic. I am thinking this may be what I will do.

Nobody has mentioned that the rumoured Phantom 5 could be part of “solution”. Mavic 2 ups the game and the P5 with various upgrades and interchangeable lens takes that upto another level. Interesting comments about RTK. I know of asome companies over here in the UK who have acquired the Matrice 210 without RTK (and other drones) as they don’t think the benefits and price premium is worth it as they use GCP’s all the time anyway.