I have a rather boring test i created the other day. This is how it looks on Dronedeploy: 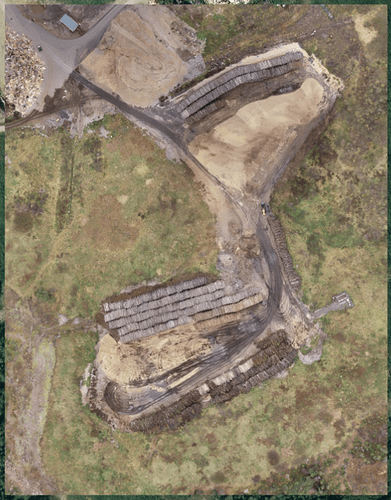 When I download it, unzip it and execute the KML I’m getting this in Google Earth: 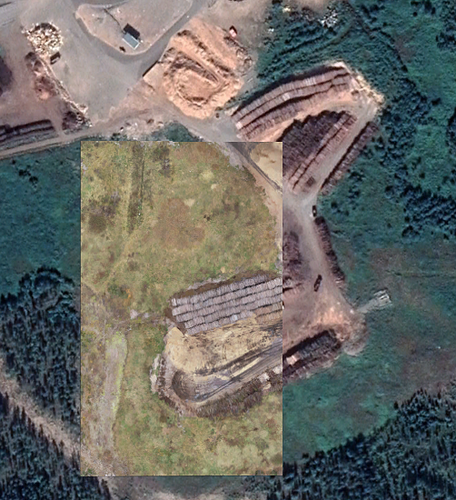 Not so nice to send to a customer…
I haven’t yet tried DL in tiled format, but… I have never seen this before. I’ve followed the procedure I have done for hundreds of GEOTIFFS, but did I do something wrong? Any suggestions?

Looks like the KML from DroneDeploy is missing tiles. I would create a Super Overlay in Google Earth using the full orthomosaic. You probably already know how to do this, but if others are interested…

Mmm… I tried the tiled version, and it works as expected. Also if I import the TIFF. It’s only when I execute the KML it gets cutted. Never seen this before…
The super overlay works fine. Took some ten minutes to import the TIFF…

Just to clarify, you are talking about the KML downloaded from DroneDeploy that comes in the Orthomosaic ZIP file?

All these photo processing engines make massive geotiffs as the ortho, which are huge.
The first thing we do is convert to jpg at some decent compression like 90 which gives almost no distortion or lossiness. Its 50x smaller than a tif. You could then modify the filename in the kml to the jpg instead of .tif. Also, the photo programs should offer a world file with the ortho as I know Agisoft does that so we can get a jpg instead of needing the geotiff. Image Magick can convert huge tifs to jpg if anyone needs a free command line image editor, or get GIMP if you want a GUI.

Great suggestion! Another route that we take (that I prefer) is to bring the ortho into QGIS and reproduce the map with Google, Bing or OpenStreet map as the background. The advantage to this is that you can continue to overlay many more layers of data and manage it as a true project for team sharing rather than trying to manage hundreds of KMZ/KML files.

Sorry for being unclear…

No worries. Just wanted to make sure it was isolated to the DD KML output.

@Erika_Houseman @Kaitlin, have you heard anything about trouble with KML’s from DD not working in Google Earth?

@MichaelL Post processing in QGIS might be the solution. I’ve been fiddeling with QGIS, and relized that the learning curve is rather steep. But I like the software. Considering the prize…

EDIT: But QGIS is not a software to use if you are in a hurry. Takes ages to render a map. slow… If I zoom the image it takes looong time to get the map rendered again.

@jmaeding Thanks for the tip. I’ll have to try it. Does the conversion TIFF -> JPG give any problems with the geo-retification? I’ve always thought that TIFF is the format when dealing with geographical information in images.

I also noticed that Google Earth Pro has updated maps from the end of August. At least for my part of the planet…

Feel free to message me if you ever need any help with qgis.

Hehe… I thank you for your kind offer regarding QGIS. However: I don’t think you know what kind of level I’m on regardig QGIS… 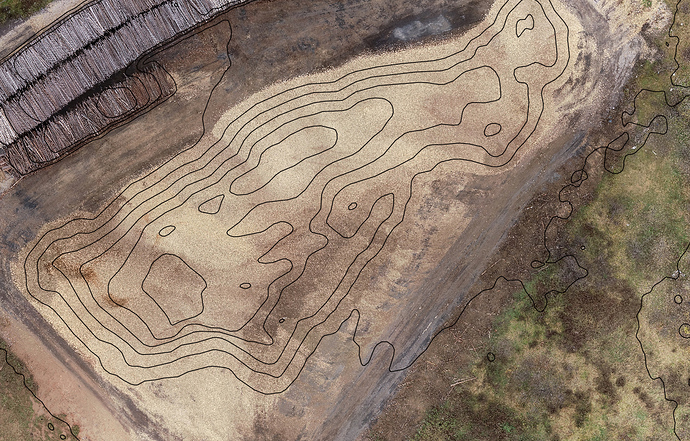 See image above. How do I add Google as a background for this creation? In QGIS? I managed to add a raster-layer and then a vector layer. But how do I add the background?

Now I have a three-layer map, which looks nice… Feeling like a pro already.

But: Even If i move the map slightly the layer containing the TIFF fron DroneDeploy disappeares for a minutr or two before it returns. The same if I zoom in or out. The vector layer (elevation curves) is there without disturbance.
What am I doing wrong here?

nice. The next step would be to right click on the ortho layer and go to properties. On the left hand side you will see pyramids. This basically builds lesser resolutions of the map for browsing, but does not affect the final output which you will get to shortly.

you will want to build pyramids at a high medium and low level. I usually choose the second from the top a couple down and then a couple more down. This gives you a good range to zoom more quickly.

All right. I’ll try that. But I also noticed that the quality of the TIFF is kind of crappy… 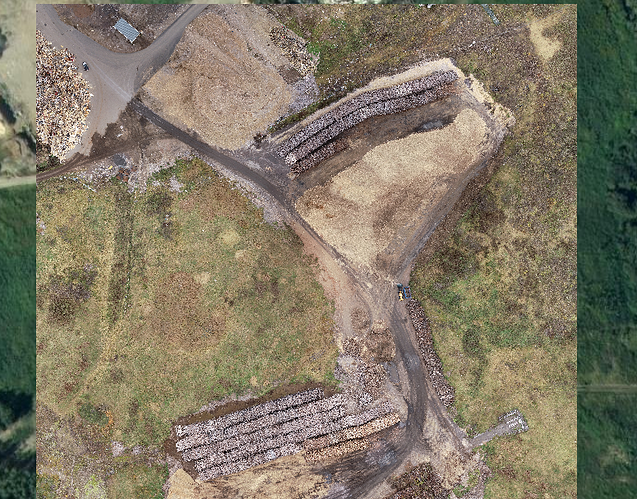 yes, by default the program does knock the image down quite a bit. You will need to look at the properties of the file and change the resolutions to match the original. Or slightly lower if the size of the file becomes too unmanageable.

Ok. I think i’ll have to tinker a little bit more with QGIS. Besides that: The program froze when I tried to open Properties in the Ortho-layer…

Also, make sure to check the box when exporting to create a world file. You may need that later.

@KRWaara
The conversion to jpg or any non-Geo format will strip the location info, but will not change the number of pixels in height or width. The world file I mentioned is a text file with a few lines of info that tell most CAD and GIS progs where the image goes, though you do have to know the coordinate system the image is on.
The real interesting thing to your question is if the program using the tif actually re-projects the image, or just uses corner info to place it. GIS progs will reproject, and that will be very slow for these large images from drone flights. The first thing I do if I care about that, is use QGIS to save the reprojected image to my project (CAD) coordinate system. Then I can make the world file and not need any reprojecting in CAD.
In Google earth, the kml just has image corners, and converting to jpg will not change that as GE does not reproject.
Its true the learning curves involved are harsh, and you need a set of tools for testing things. Luckily, I do both CAD and GIS and write add-on software for both so feel free to keep asking anything. I specialize in avoiding pay software but also not compromising on tool quality and the free and low cost options out there theses days are candy waiting to be eaten.

The first thing I do if I care about that, is use QGIS to save the reprojected image to my project (CAD) coordinate system. Then I can make the world file and not need any reprojecting in CAD.

Right on! It’s best to start the project with the destination CRS, bring in the ortho and then change its CRS.