Well, looks like Texas has decided to start opening things up (I hope they know what they’re doing)and we’ll be required to be in the office instead of working from home. Not a big deal for me since I am in the field surveying or flying the majority of the time now. Anyway, I thought I would try to get this done before the office tried to suck me back in… 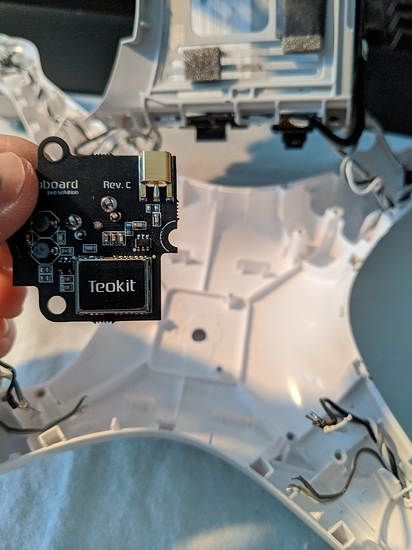 Well, last day in Texas for shelter-in-place before we officially go back to work in the office… At least when I’m not flying, but the office has a way of sucking you in… so I thought I better get this done… 😁 @VanavaraDigital

Cool, hope the teokit works for you! Washington state is moving slowly. Opening a little but holding back until at-will testing is a reality I think.

I should finish it up and test it today so I should be able to give it a good run this week. The main advantages I look forward to are not having to deal with an unprofessional looking model, easily disconnecting the helical antenna if I don’t need to run PPK and being able to use multi-path GNSS equipment.

They’ve started up with Walgreens here and several government sites, but it’s still not easy to just go yourself if you don’t fit a criteria or have symptoms. They say they are doing about 20k per day, but our numbers are still going up more than that. I’ll be more comfortable when the new cases per day starts going down, but being a surveyor and pilot keeps me away from people so not much change in my job.

Can you post a couple pictures of your setup? If I understand you have to run the Reach M+/M2 and the Teokit with the a-shot. I am curious what this all looks like once installed. I know the teokit is internal but is the reach still in the 3d printed cradle on the landing gear? What base station are you using or are you on a subscription service? Just looking at this as an option as we move forward with our program, we played with the DJI RTK P4 that one of our clients ended up getting but it is not very user friendly and quite expensive once you add all the needed kit. We have survey grade Trimble gear (R8 and R10) as well as VRS service so looking at this an option.

This should answer the majority of your questions.

Everything including the M2 is internal. And I have an RS2 base and rover. I don’t use NTRIP.

Those are pretty much the reasons I didn’t choose the P4P RTK besides the fact that I will only be using PPK for certification reasons for the foreseeable future.

I’ve gone through 5 sets of P4RTK logs for PPK and 2 of them had cycle slips in enough places that it probably affected around 10-12 images per project. That may not seem like allot in the photogrammetry world with the way it works, but I can’t provide documentation of our work with those kind of results. GPS and drones already have a hard enough time in the AEC world when it comes to accuracies.

Thanks for the info, looks quite involved. It has been a long time since I’ve done much work on electronics like this. What is the potential to turn your P4 into a non flying paper weight? Looks like the whole system fits in there nicely though. How are you post processing the data from the two systems? I am new to this side of things with the ppk drone stuff.

We post-process the UBX logs from the RS2 base and M2 rover (drone) in RTKLIB. 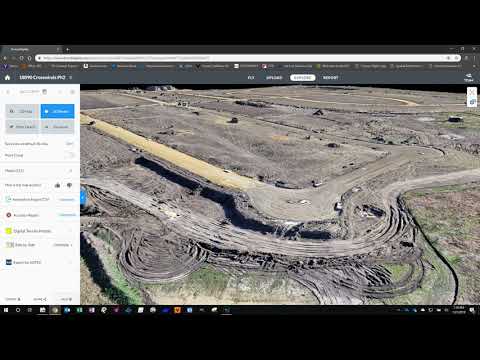 …and re-geotag the photos using Geosetter. The POS file is the goal and you create a GPX (GPS track) file which has the events of when the images were taken. You then match up on of the images to the correct track point and it batch solves the rest.

What is GeoSetter? GeoSetter is a 3rd party application that is used to update the GPS MetaData for a photo in a batch processing environment. What does GeoSetter Update? It will up the Longitude/Latitude/Elevation for a photo. How does GeoStter Update a Photo? It uses a GPX file that is created using another software called RTKPost which is part of the RTKLib Software The screen layout will be slightly different since I moved the Image Preview to the lower right. This doesn’t affect how the …