I don’t know much about drone mapping / using Drone Deploy. The drone I’m using is a Mavic 2 pro with smart remote. The goal is some basic aerial shots of a 150 acre plot of land and a 3d model of it that will do a decent job of showing topography / features (it is has two steep-ish hills on it, a bunch of rolling hills, and a couple of buildings). I’m also (seemingly, as always) on a bit of a time crunch.

I had three basic questions:

Thank you very much for entertaining what probably seem like ridiculous questions. I appreciate it.

Good morning Will and welcome! There’s a couple of things that we need to figure out so I can get you pointed in the right direction.

Unfortunately DroneDeploy does not support the Smart controllers. This device is locked down by DJI and is not capable of downloading many apps which allows them to close the system to their flight software. I personally do not use an M2P so we will need to get the latest update on whether or not either DD has gained access to the system or if a user has figured out a way to get it working. Have you been able to get the app on the device?

What do you intend to do with the 3D Model? This will determine what formats you need to download and what software will share the models which will in turn determine which level of plan you need. You can share the data with the DroneDeploy website, but that requires the external party to create a free account to see everything and depending on what your intent is they may not be able to see the right information. In my opinion depending on what you want to do the model itself is nice to look at, but doesn’t really do anything beyond that. The background data that creates that model is what is usually needed, but I have found that 360 panos are more beneficial to developers.

I think what you are seeing with the stated DJI and DroneDeploy software together is the fact that in the past Mavics have had issues with focus on DroneDeploy alone. We can search for the most recent updates to see the actual workflow people are using and/or if there have been any developments in DroneDeploy being able to compensate for that. My assumption is that DroneDeploy needs to be setup with DJI controlling the camera. You would go to your first waypoint, set the focus and camera configuration in DJI and then close DJI and fly with DroneDeploy.

Unfortunately DroneDeploy does not support the Smart controllers. This device is locked down by DJI and is not capable of downloading many apps which allows them to close the system to their flight software. I personally do not use an M2P so we will need to get the latest update on whether or not either DD has gained access to the system or if a user has figured out a way to get it working. Have you been able to get the app on the device?

I have not attempted to use Drone Deploy at all. So I have no clue if it’ll load onto the smart remote. I still have the original remote. While I’ve never attempted to put my iPhone 11 in it, I’m sure that will work fine.

What do you intend to do with the 3D Model?

This is interesting. For the first project, it will be used for presentation purposes only. In other words, I need it to show general features and topography so a developer / construction planner can talk to an audience of “lay people” and point to areas and say, “this will go here; this other thing will go there; this hill is too steep to build on; this area is basically flat; etc.” At most, I’ll need to say, the elevation here is ____; and here it is ____; between the two points is ____ feet, making the average grade ____."

As time goes on, for future projects, I’ll want to get more accurate than that. But for now, I need it to be fairly basic. Because it will be used for presentation purposes, only one person will need an account, and that is fine.

Thank you so much for the quick response! Does that info also help you know if it really will be as basic as plotting the gps map and saying go? Also, can the software take pics of the the grounds from various waypoints / angles?

I still have the original remote.

I think this is the way to start. I just looked around the forum and I don’t see any movement on Smart controller activity. @Andrew_Fraser

For the first project, it will be used for presentation purposes only.

I think viewing and presenting the model from DroneDeploy’s web browser interface would problem be good for this. This will allow you to make some annotations as well. Sketchfab would also be a good route, but you will probably need a subscription to view that size of data. They limit the size on free uploads to 50MB which is useless for drone content.

DroneDeploy does have Progress Photo and Video flight planning that allows you to define a route with waypoints that the drone will stop at and take a picture from.

Here there. I am a little late to this conversation, but thought this info might be useful to you. This is my first post. I am flying a Mavic 2 Pro (M2P) with a Smart Controller (SC)

I am totally new to the drone world and just flew my first “mission” yesterday. Similarly to you I was in need of a map for a construction project that spans a couple hundred acres. I had signed up for a Drone Deploy (DD) account as a trial. I was disappointed when I realized the DJI SC could not load the DD app. However, I did find a work around. I found the following video on youtube and downloaded Drone Pilot PE from DJI: 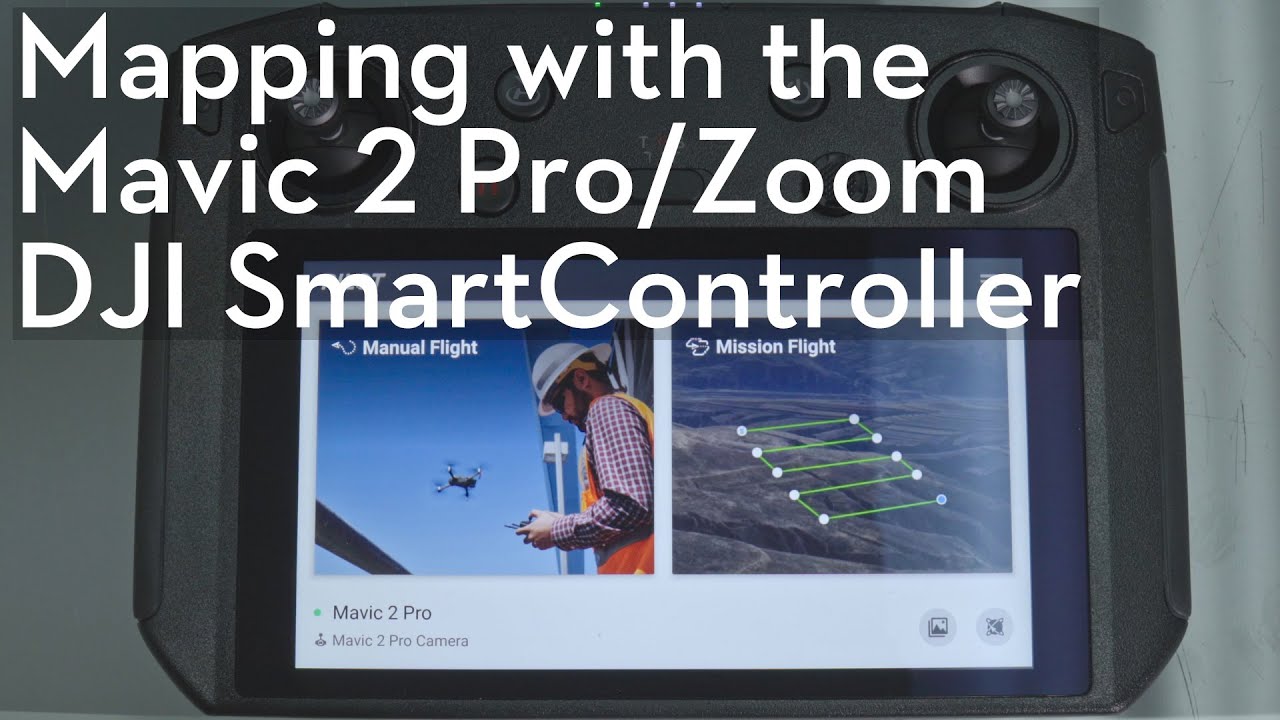 It took an hour to get the download done which might be a glitch in the SC, but I finally managed to get it on the Smart Controller and functioning. The app’s functionality and options were similar to what I had been studying in Drone Deploy so it wasn’t too tough to get setup. Not quite as user friendly, but close. There was no option for the M2P camera, so I selected the Mavic 2 Dual Enterprise as the camera and hoped for the best.

I flew the mission and didn’t have a crash which was a miracle in its own right as it is in mountainous terrain and my first time. I then did some extra photo shooting manually around some of the structures on the site to help with the 3D model. I did not use any ground control points, but will try that in the future. When I got home I was able to extract the photos off of the SD card and upload them to Drone Deploy just as I would have using their software. The upload took a couple hours (819 photos) and I got the results after about 6 hours. The results are here:

Maybe this type of result is good enough for what you are doing? The 3D model obviously needs more data for the structures, but it is still pretty cool to share for our uses.

This was my first flight, but I did learn a lot. It feels funny sharing some pointers with only a few hours of flying time, but maybe you will find them helpful:

Anyway, the bottom line is that I was able to complete the job using the M2P and SC, I was able to upload to DD and have the images processed, and I was able to share the map out to my group at work for review. Until DD can run on the SC I will keep doing it this way. I am also looking at using another app called Dronelink for capture for now. It will run on the SC as well. I was able to install it, but haven’t flown with it yet. I still plan on using the Drone Deploy website as my repository to share my flights with my team.