a few days ago I uploaded drone imagery to DD that was “PPK’ed” before by Emlid Studio, but it was not accepted by the importer (red “unable…” message after the image location process).
I tried to process the same image data on another platform and there it worked without issues.

Do you have an idea why DD rejects Emlid Studio’s EXIF data corrections?

Hey VR there’s nothing on that here. This is the latest Emlid post I am aware of and since it’s their formatting We probably won’t see much from DroneDeploy unless it becomes easier for them to modify their requirements.

Hi Michael,
Thank you for the link to that post. So it seems Emlid might/could do something about the formatting.
My next payment cycle for DD starts in August, so until then maybe something changes here or there.
I am now using the Autel Robotics EVO2 Enterprise 640T with RTK module (NTRIP). The Emlid Studio PPK-workflow works nice with the data of that drone (Rinex observation and timestamps) and PPK-data (observation, navigation/position) of my NTRIP-provider.

What firmware are you running on the Autel aircraft? 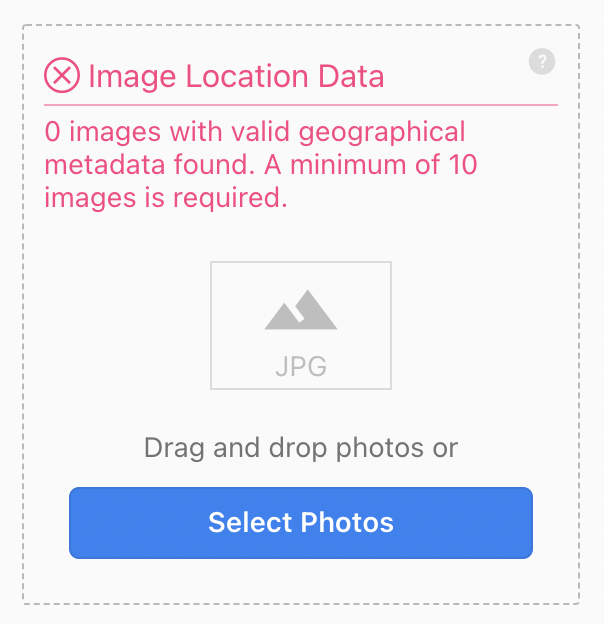 In the Autel Explorer App (Mission) I used the Pix4D compatible EXIF settings option. Should I probably go back to Autel’s default EXIF-format?

Update: also with the “Pix4D compatible EXIF setting” being turned off (within Autel Explorer Mission App), the error message by DD remains when importing imagery PPK’ed by Emlid Studio.

Further update: today (2022-09-21) I used Emlid Studio v1.3 with the current DD version (browser, legacy import). The PPK’ed files were accepted!
So now the workflow with Autel Robotics “EVO2 (Enterprise 640T) RTK” images being PPK’ed by Emlid Studio 1.3 to be processed by DD is working.
EDIT: Just noticed a lowered GPS accuracy (compared to when RTK images were used) within this first project’s report, but that could have other reasons…

This should have been fixed with the Smart Uploader as well.