We have a bunch of guys with iOS devices who are excited to buy an Android tablet to give our beta a try. We’ve been using the Samsung Galaxy Tab 4 (8") in the office, but it isn’t the greatest outside in the sun.

I’ve heard good things about the NVIDIA Shield, but have never used one before.

Is there a clear best-in-class reasonably priced visible-outdoors Android tablet out there?

I am using the NVIDIA Shield and have had good luck the resolution is great and the hdmi out is nice. Battery life is average I usually power it off between flights.

I tried a Galaxy tab S when I first got the Phantom and had issues with the video stream lagging about ten minutes into the flight. I then got the NVIDIA and have been very please with its performance. It handles the DJI app with no lag. It is not very good in the sun though even with a no glare screen protector. I found this shade that works very well with it and allows me to see it in the sun. You need to get the vecro style hood. On the power side the DJI app uses alot of power when you are running it. The Drone Deploy app is very lite on battery usage from what I have seen so far. I flew 5 flights on Tuesday and only used 40% of the battery.

I’ve ordered a shield for testing! I did a bit of research, and it looks like the Galaxy Tab S is one of the brighter tablets - pity it’s so slow.

We actually returned the Galaxy Tab 4 because there was so much lag on the pilot app. Didn’t really have any issues on the DD app(that I knew of). We ended up getting a shield as well but apparently they are discontinuing the current model(my understanding is a new one will be out next month) and we had a hell of a time finding one. The only place we were able to find one was Fry’s Electronics. And while it still doesn’t run as smoothly as the iPad Air 2, it certainly runs better than the Tab 4. 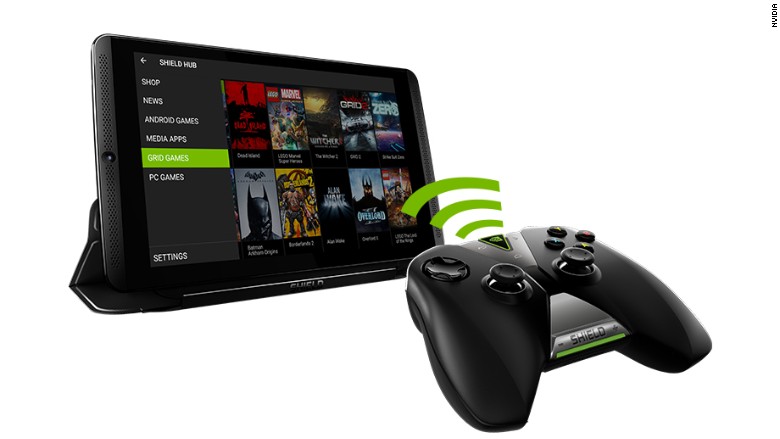 Nvidia Shield tablet recalled, because it can catch on fire

Nvidia has recalled 88,000 "Shield" tablets that can catch on fire.

May want to watch yourself. Haha. Just read this.

Woah!! Thanks for the heads up. Word on the street is they’re releasing a new version fairly soon. Hopefully this is a route to a free upgrade?

I will note here that I have been using my Samsung Tab-S 8 inch to fly missions with, and it has worked fine so far.

When I first started flying my P3A, I found that the same Samsung tablet froze or stuttered with the FPV so much that it was useless, so I switched to an iPad Mini 2. That seemed to work fine, until the weather got hot, and it started doing the same thing. A friend of mine and I narrowed the problem down to heat buildup on the tablet which would become critical after a period of use, especially in hot weather, and I started to carry a cooler with ice to bring the temperature down during flights. That worked with the iPad.

Now, I have to go back to the Samsung for DD, and am not having slowdowns or stuttering. The weather is cooler, so maybe that’s why. Anyway, I thought I would post this to give some hope for those considering Samsung Tab S as a tablet for DD.

We are using an NVIDIA shield without problems. No lag time issues. A little hard to see in the sun, but no worse than iPad

We also use the NVIDIA Shield. Works well for us. We use a sun shield to reduce glare.

I purchased a Galaxy Tab S based on a recommendation from DD. I can’t get the thing to connect to the Phantom 3 Pro. Any ideas?

Are you having trouble connecting to the DJI Go app?

No. It works fine with the DJI app.

Do you have multiple flight mode enabled and IOC mode disabled on the drone? These are accessible in the DJI Go app.

Common issues and suggestions for using the DroneDeploy mobile app.

Yes. I think I have all the settings right. Maybe I’m missing something.

Do you see a pop up when you plug in the RC that asks you to open dronedeploy or DJI Go?

No. I get that on the Galaxy S6 but not this one.

Have you maybe set it up so that it always opens DJI Go when you plugin the RC? Does DJI Go always open automatically?