I have experienced the above error on a couple of recent mission attempts. I am using a DJI Phantom 4 with iOS app and everything is updated to current version. The error occurs after the checklist conditions have been met and the final launch button is pressed. The next thing I will try is to uninstall and reinstall the app.

Sorry to hear about the problem. What altitude are you trying to fly at?

The mission was set to 300 feet, but the error is happening before the P4 even launches, immediately after the checklist is satisfied and the green fly button in the lower right corner is pressed.

Any chance you’ve limited altitude flyable in the DJI app? Or else are you in beginner mode?

Tips and tricks for flying with the DroneDeploy mobile app.

Let me know if that helps.

No, I flew several missions this morning in the DJI app including one that went all the way up to 400 ft. where I received the audio altitude limit warning. I also double-checked and it is not in Beginner mode. I will take a look through the troubleshooting guide to see if there is anything there that may help. Thank you for the link!

I just did a clean install of both Drone Deploy and the DJI Go apps, but unfortunately ended up with the same result. Aircraft altitude too high! resulting in no launch. Off to study the troubleshooting guide…

FYI, the first time this error showed up was Friday 4/29.

@mikefrey we’ve heard from a couple of other people that the DJI GO app didn’t recognize the need for a firmware update- please check on desktop assistant as well, to rule that out.

I will attempt to attach screen shots of the errors being displayed. Still no luck in solving this. 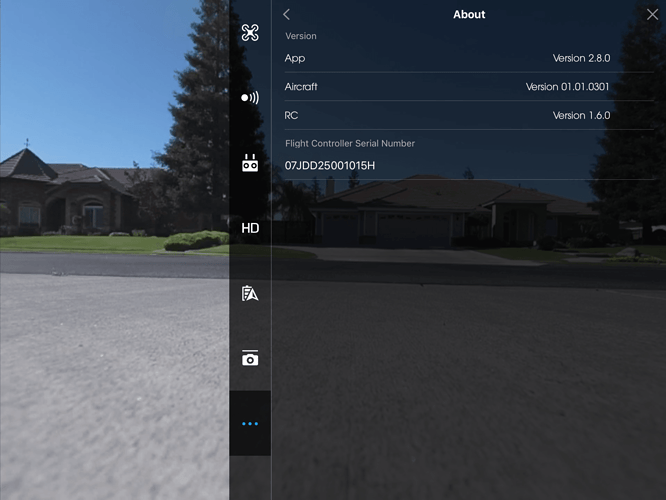 I’ll be darned, that must have changed with the app update. I will try it tomorrow.

Sure enough, it was just the lower max altitude that showed up with the app update. Thank you for the help @chasemgray and @Mike_Winn.

I have the same issue and could not solve it… I sent my max flight altitude in DJI Go to 200 meters… Tested with DJI Go and it works… then closed DJI Go, opened DroneDeploy, set 75 meters, and it still says altitude is too high… couldn’t start the mission in any way

Might be helpful if you post screen shots as above. Aircraft and RC firmware up to date?

error is the same as posted above, screenshot would look identical

firmware is up to date

His issue was there was a setting in DJI go with the max altitude set. After updating that the issue no longer existed. If you could post some screenshots of your settings that would be helpful.

Anybody knows what is the highest Altitude that can be reached by using DD App latest version ?
I know that actually it is set at 122 m (400 ft) and previously was 500 m, so is it possible to fly my P3P to 180 m by using the latest DD ios or android app ?
(Eg: special gesture to do in order to increase the max Alt of 122 m like in Map Pilot App whereas we can press more than 8 sec on the Slider in order to change it to 300 m)

We are adjusting the altitude limit in the next day or two.

Hello. Do you know how DD calculate flying altitude? Also what information is included in pictures about altitude? Flying altitude seems to be stable on DD but is not related to the information provide in the pictures obtained during a mission. Thanks. Carlos.

I was having the aircraft altitude too high error in my UgCS flight plan and took a while to figure out what the issue was. None of my segments exceeded 100m AGL and the drone profile in UgCS and the DJI GO app were both set to max out at 150 m AGL. However, we were trying to fly up a steep hillside and I later realized that the DJI GO app doesn’t recognize the terrain, so while we never exceeded 100 m AGL, we were well over that height above the takeoff position. I changed the max altitude in the DJI GO app to 400 m AGL and it resolved the error and we were able to go ahead with the flight