I flew a very large mission last week to test several features. Something strange happened between the first battery and the second. As shown in the below picture, there is almost an entire row missing. The last shot of the first battery is circled in red. After it took the shot, it returned to home and I switched batteries. Without making any adjustments in DroneDeploy, I told it to resume and it went back to the location to continue on. However, it essentially skipped the entire remainder of that row and its first shot on the new battery is marked in yellow. I saw it when it happened. Fortunately, there flight was a test so I didn’t go back to adjust the starting point so I could document what happened.

Any ideas on whether this is DroneDeploy bug or a DD pilot bug? 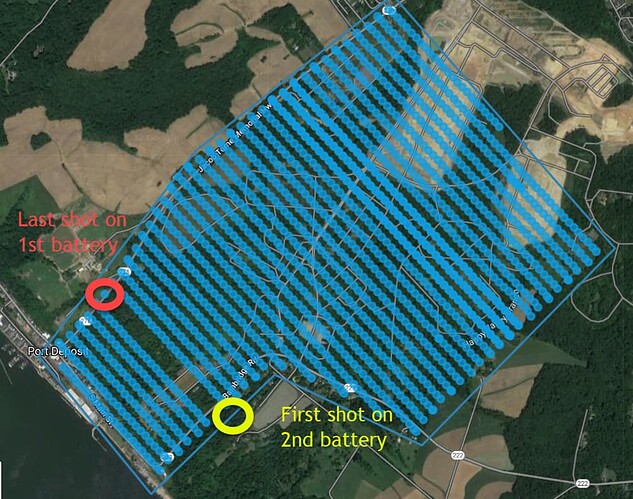 I don’t know what drone you are flying, but I have had missing shot because I fat fingered the video button. If you still have the images look for a .MP4 file.
(I super glued the button so this will not happen again)