I have recently tried to create a 3-D model of a little Norman chapel - completely clear all around and only around 12m high. i used the buildings plan to capture, plus i went around at head height with another series of images to capture masonry details. The result was catastrophic with processed double roof lines, ground level half way up the wall, and a complete muddle. What has gone wrong!! 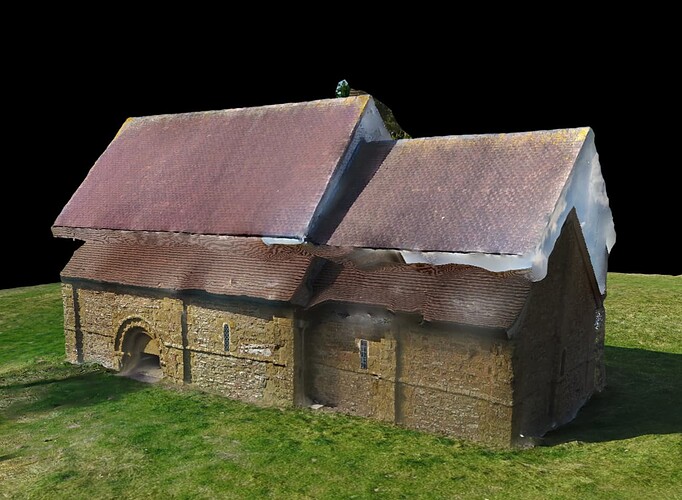 One cause could be that the GPS coordinates for the different sets of pictures have different reference elevations. Also their XY references could be different.

Did you shoot all pictures on the same day?

Did you shoot all the pictures within minutes of each other?

Did you use GCP’s when shooting the picture sets? These would greatly help align the multiple sets of photos.

This guy gets it!

I see totally different exposures, especially in that right end where the lower has dark shadows and the upper doesn’t. They appear to be two different times of day at least.

Thanks for these comments! They were taken at exactly the same time - i just went out of drone deploy and into Go 4 to do the ground level photos. Incidentally I tried to process only the aerials, and the result was terrible but didn’t at least get a double vision! It was a bright day so this might have been the problem in registration. re GPS i suppose this might have been a factor as there were trees around the field, but the drone didn’t seem to register this. I wonder if just the Z coordinate was registering incorrectly.

btw if anyone is interested this is Heath Chapel in Shropshire, dating to 1090 and possibly the most perfect example of an unaltered norman chapel in the UK!

How high was the map flight flown? I have seen problems when there is a large difference. Also, shooting in DJI Go most likely has a 3:2 image ratio whereas DroneDeploy uses 4:3. Other values such as exposure and shutter speed were probably different as well so there are a lot of little things going on. Have you tried DroneDeploy “manual flight”?

Thanks Michael. Ill check the ratio. I think using DD manual is a great idea, as this hopefully will reduce compatibility probs. To get a really good model of a building ground level images are needed as well as high level obliques! Hopefully I can get back sometime and redo!!

Did a test myself and got the same results. 100ft AGL flight and a walk around using DroneDeploy manual flight. I made sure to leave the drone on. In this instance the walk around is too low. @Farai_Masheke @Jamespipe 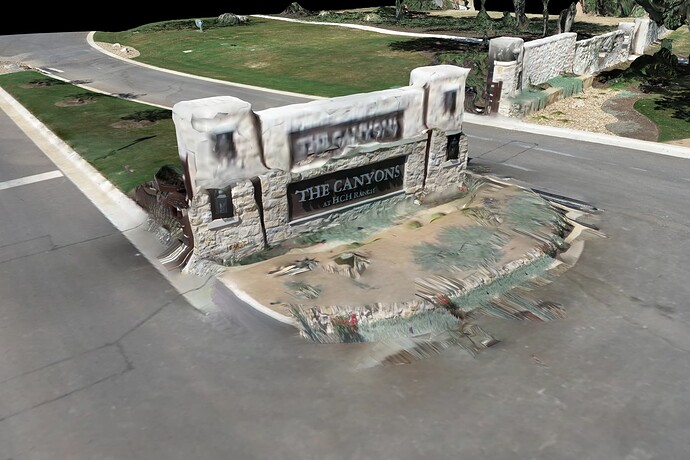 This is a map I made of my local area, with detail of my house:

image1104×369 69.6 KB
You can see the high altitude terrain follow
Then as I zoom in you’ll see I gradually captured photos at different altitudes (same flight, same battery, same camera settings) to join the two reconstructions together: 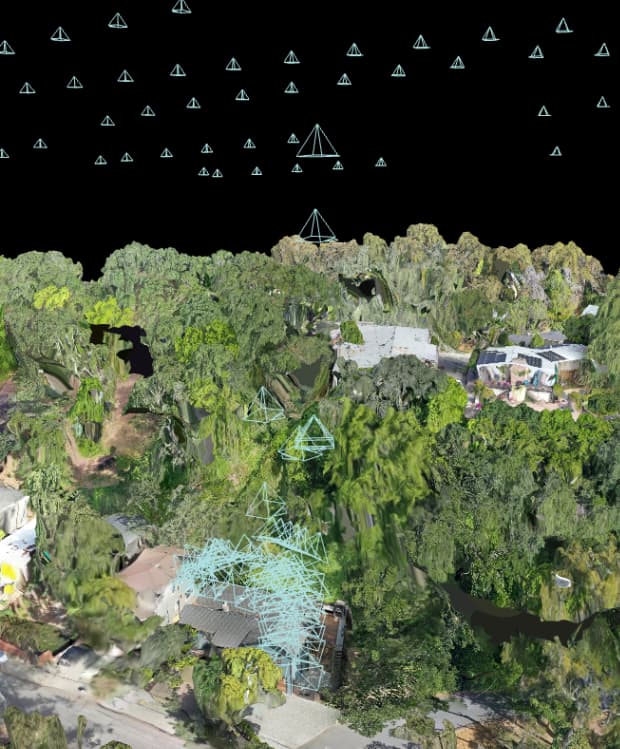 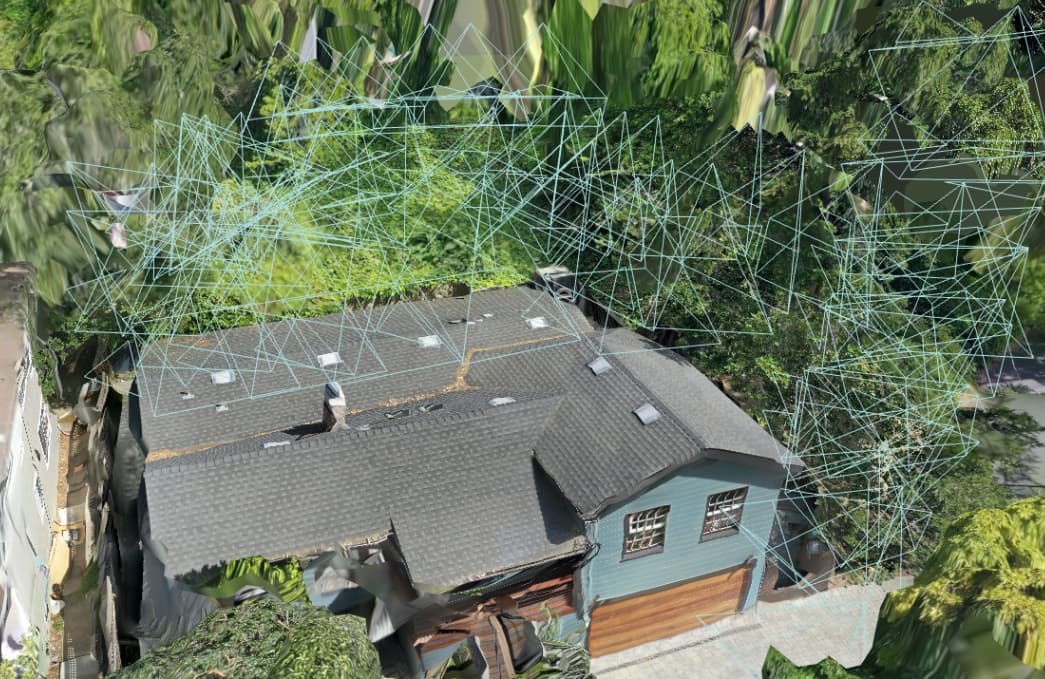 Note that the final zoomed mesh is suffering in this case because it’s downsampled relative to the entire map. That won’t happen for you.

This is exactly why if we want a reconstruction with both cm-level terrain and nice looking structural we create two maps and merge them outside of DroneDeploy. We do the same for roadways. For some reason the DD point clouds seem to be getting a lot of scatter so we cut the roadway out which gives us the ability to DTM them with different settings more appropriate to the subject.

Interesting on the point clouds - we’re making a change this week that should improve the noise substantially- will let you know when that is available and can reprocess an old map for you to see if there is a marked improvement,

Also- when you have a min, please do share an example you had to merge outside and I will ask the team what we can do better with multi scale maps.

That would be great. As usual it is homogenous texture like roadways like the one we looked at with the PPK issues. Fine grain dirt does it as well.

I email you a link later today or tomorrow.

Hi James and Michael Its very interesting that you got the same issue with ‘Carlton Gardens’ image. James, I wonder if we can have another look at Heath Chapel example and hope that your tweeking of the processing might help.

I use DD for a lot of Cultural Heritage applications, where we need details of vertical walls often on a stone by stone basis, as well as the roof. Thanks Mark

That would be fantastic. It has a homogeneous texture, just like the roads we looked at with the PPK issues. It also works with fine grain dirt.